Can Batteries Be Environment-Friendly?

Can Batteries Be Environment-Friendly? 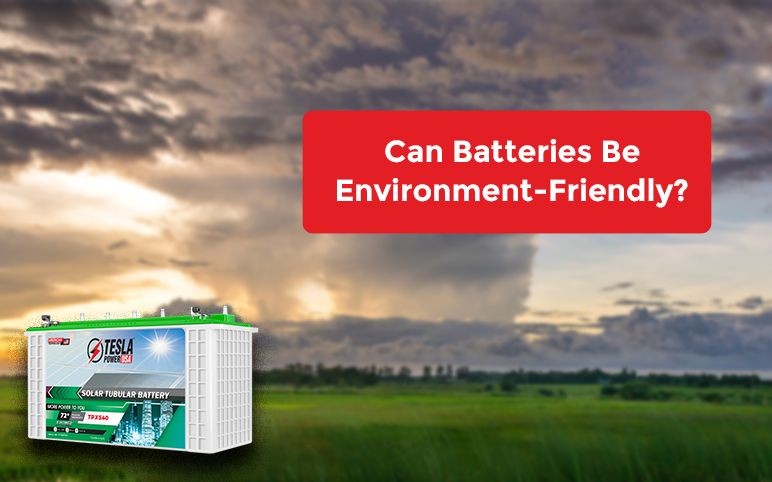 Batteries are everywhere, but they're often overlooked, buzzing along in the shadows while supporting our refrigerators, computers, and other devices. Batteries that are better equipped to store electrical energy will increase renewable power like wind energy, making them an important piece of the sustainability equation.

However, batteries have their own set of environmental issues. They contain dangerous and combustible compounds in some circumstances. They also take a lot of energy to produce, resulting in considerable carbon dioxide emissions.

There are various issues to be addressed as academics strive to experiment with novel features and techniques and authorities try to establish regulation.

Mining and refining have some of the harshest long-term consequences during a battery's lifespan. Many batteries require minerals like nickel and cobalt to transmit power, but extracting them from the ground produces trash that can leach harmful compounds into the environment.

Technicians must then remove these minerals from the rocks in which they are buried, a reaction to form significant volumes of the contaminant sulphur oxide. To reduce these risks, the research recommends that battery components be reused and recycled more frequently.

Teams are focusing on higher-density cells, which the paper mentions as a possible option. Such cells use less metal because they store more electricity in a relatively small space. And, when contrasted to less dense packs, they can operate a gadget for a longer period, allowing electric cars, for instance, to drive further before recharging.

Other Things to Think About

Reducing wasted energy, according to the paper, can yield significant benefits. Much, and not all, of the energy contained in backup batteries, can be used to operate phones, automobiles, and other gadgets. The remaining fraction is lost in various amounts: Throughout their lives, typical lead-acid cells lose 20 percent of their power, but lithium-ion batteries waste less than 10%. Even slight performance improvements can reduce the environmental impact of generating power to charge cells.

Other factors to consider include increasing the battery's longevity, recycling the resources used in its manufacture, and, where feasible, repurposing cells for less intense purposes once they've outlived their initial purpose. Electric vehicle cells, for example, are occasionally repaired and utilised for energy production. Battery manufacturers such as Tesla Power USA for their role may make the recycling process easier by designing batteries with easily detachable parts, clear labeling, a small number of elements, and less hazardous elements.

Solid-state rechargeable batteries use advanced ceramic or plastic substances to substitute the solution, a critical part of the cell that is generally liquid. Researchers are attempting to make redox flow batteries smaller and cheaper so they can fulfill their maximum capabilities.

Cells will always have negative environmental consequences, but continual innovation can help to mitigate these effects.