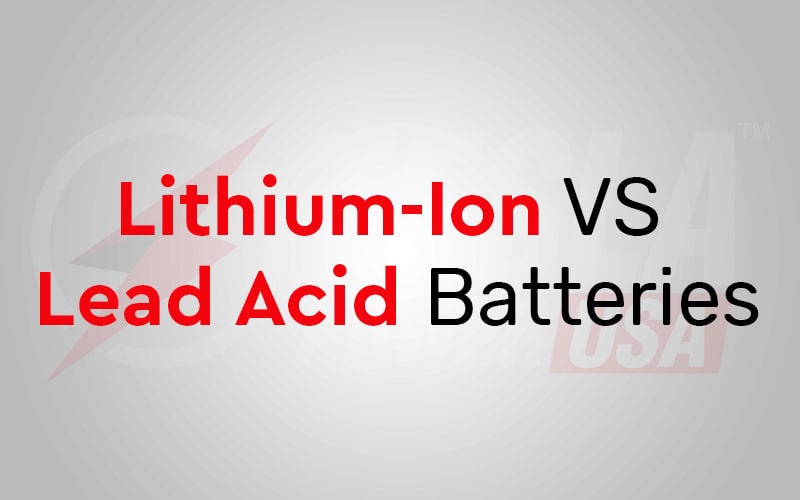 There are several types of capacitors present. If you're looking for a household power storage solution. We'll evaluate 2 of the most prevalent battery solutions for solar projects in this headline: lithium-ion and lead-acid.

We at Tesla Power USA are very concerned about the environmental impact of the production processes of these batteries. That is why we follow the optimum procedures required to reduce pollution and wastage. Moreover, we have our recycling plants where scrap parts and old batteries are reused rather than being thrown away.

Photovoltaic systems with battery storage are now becoming pretty widespread. Lithium-ion and lead-acid are 2 of the most prevalent battery composition varieties. As their name suggests Lithium-ion batteries are mainly made up of lithium elements while lead-acid battery packs are built on lead.

Lithium-ion battery innovation, in most circumstances, outperforms lead-acid battery integration in terms of performance and reliability, amongst many other factors. At Tesla power USA, we produce both kinds of batteries to address all your needs.

Price
The one area where lead-acid batteries appear to surpass lithium-ion alternatives is in price. Lithium-ion batteries are expensive, including setup, and their range might go above or below based on the scale of systems you require.

Although lead-acid cells are less expensive to buy and install than battery cells, the lifespan price of a lithium-ion battery balances the tables.

Volume
The volume of a cell is a measurement of how much power it can retain (and finally dissipate). Although volume ratings differ among battery technologies and suppliers, Li-On battery packs offer a better power density than lead-acid batteries. It implies that a battery pack can hold more power in the same spatial context. Lithium-ion innovation allows users to store greater electricity and drain it faster, allowing users to run more devices for long durations.

Discharge Range
The level discharge of a cell refers to the proportion of the cell that can be discharged safely without causing damage to the cell. Although it is common to use 80 % of the total or more of a lithium-ion battery's maximum potential in a complete cycle, lead-acid cells should not be discharged beyond 50 percent because this reduces the performance.

Lithium-ion batteries offer a higher capacity than lead-acid batteries due to the improved drain voltage available with the lithium-ion technique. We should take into account the high performance of lithium-ion innovation discussed previously.

Durability
Battery packs, like photovoltaic arrays, deteriorate quickly and will be less productive as they get older. One "cycle" is emptying a cell to light your household or devices and replenishing it with renewable radiation or the grid. Although the figures vary per study, lithium-ion batteries often last as long as lead-acid batteries, resulting in better functioning longevity for lithium-ion goods.

Performance
Battery performance, similar to rooftop solar effectiveness, is when choosing among various choices. Almost all lithium-ion batteries are 90% or more functional, which means that more than 95 percent of the electric battery bank is over. Whereas, rechargeable batteries have an efficiency of around 80 to 85%. These cells charge quicker which makes them more productive and equals a higher surface cell voltage, comparable to the discharge current.

Therefore, both Li-On and lead-acid battery packs have their own merits and demerits. One should keep in mind these different aspects while choosing a Li-ion or Lead-acid battery.

We at Choose Tesla Power USA strive to meet your battery needs in the best way possible while also keeping environmental concerns in mind.